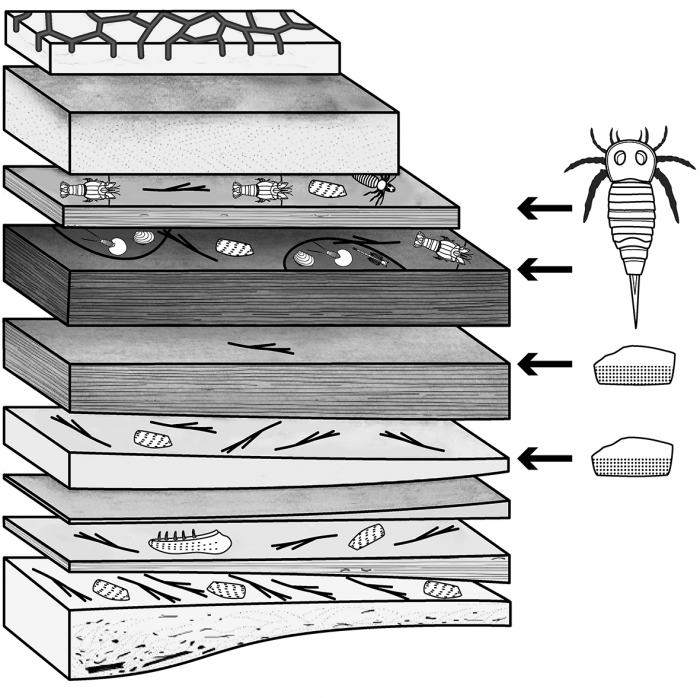 The material consists of semi-articulated juvenile specimens assigned to Hardieopteridae recovered from pool and floodplain deposits, as well as larger isolated fragments likely of adult identity recovered from a higher energy fluvial environment. This apparent habitat partitioning reveals, as already suggested for some Carboniferous eurypterids, that juveniles have developed separate from adult populations in ‘nursery’ pools, which keep them safe from predators (fish) and give access to prey (small branchiopods and/or their eggs), before migrating to rivers during periods of flooding, or, though unlikely, by traversing land to reach adjacent rivers. The discovery of such a life habit among the Strud eurypterids is important as it indicates that this behavior may have been common among freshwater eurypterid groups, and highlights the complexity of the earliest continental biocenoses.